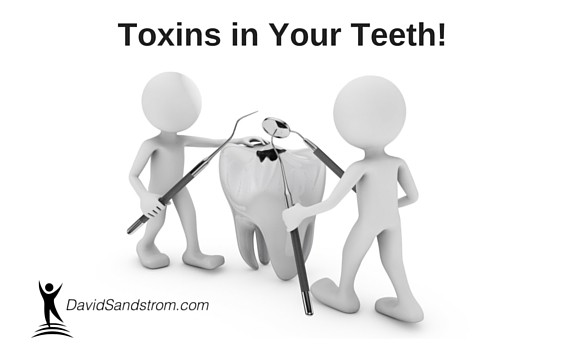 What Your Dentist May Not Be Telling You

Mercury toxicity is far more common than most people realize. Do you have “silver” fillings in your mouth?. If you do, you’ve probably been misled by your dentist about their safety. You have toxins in your teeth!

Mercury is released from these fillings constantly. Some may argue that this amount of mercury is of no consequence to our health. This is not true.

Mercury is one of the most toxic substances on the planet, and, serves no useful purpose in human physiology. In other words, there is no safe level of mercury in our bodies.

When absorbed by our bodies, mercury penetrates our cell membranes, easily passes the blood-brain barrier, intoxicating our brains, and nervous systems.

Mercury is a potent neurotoxin. Mercury toxicity has been shown to cause kidney damage, and is associated with parkinson’s and alzheimer’s.

We must remember, every organ in our bodies is controlled by nerves coming from the base of the brain. So, when it comes to neurotoxins, any organ, or system can be adversely affected. This is why mercury toxicity is often mistaken for something else.

When stimulated from activity such as chewing or drinking hot beverages, mercury is released from amalgam fillings and ingested into our bodies. Watch the video below for a graphic demonstration of how this happens.[youtube id=”9ylnQ-T7oiA”]

Our bodies are of course capable of detoxifying from mercury. However, detox efficiency varies a great deal from one individual to another. As a result, mercury toxicity may more of a problem for one person than another.

Why burden our bodies with this chore? Remember, metabolic energy is finite. The body must do all that it needs to do with a limited amount of resources.

I would rather free up some metabolic energy to do more repair and rebuilding than spend unnecessary amounts of energy on removing toxins.

Children, both unborn and after birth are especially vulnerable to mercury toxicity. Umbilical cord blood has been shown to contain much higher levels of mercury than the pregnant mom’s blood. In other words, the unborn baby becomes a toxic waste dump for mom’s mercury.

How did This Happen?

Mercury fillings were first used in the late 1800s. They were then, and continue to be an inexpensive way to repair cavities. We can almost excuse dentist from the 19th century. They didn’t have the scientific evidence that we have today about the extreme toxicity of mercury.

However, it’s unsconscionable that today, the American Dental Association (ADA) is still advocating the use of mercury fillings.

What can we do?