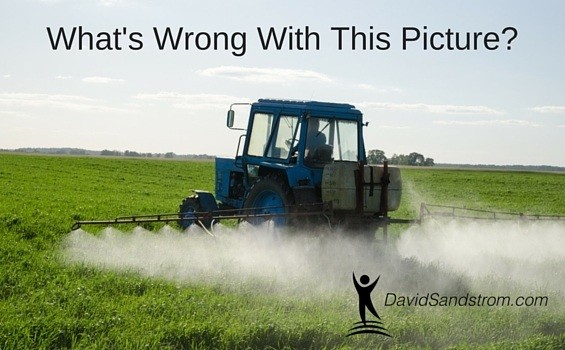 Is Organic Really Worth It?

I’ve never met a person that doesn’t have at least some desire to eat organic food. However, most don’t. Why? Maybe it’s cost, or maybe it’s not readily available. Either way, people can’t seem to justify going through the trouble.

A recent study published in the Annuls of Internal Medicine (1) suggests that organic produce is no more nutritious than conventionally grown produce.

In another recent study published in the British Journal of Nutrition (2) researchers concluded that there are higher levels of antioxidants and other nutrients in organic produce.

Who do we choose to believe? Or, does it matter? Let’s explore this a little further.

I don’t need a scientist to tell me how much better organic produce tastes over conventional. And, I would suggest that the flavor comes from greater nutritional value. However, is nutritional content, or nutrient density the only thing we should consider when choosing wether or not to eat organic? Absolutely not!

My reasons for eating organic have more to do with what’s not in my food, than what’s in it.

How Neurotoxins Ended Up in Our Food

Prior to 1900 everyone farmed organically. They didn’t call it organic farming; they just called it farming. Although some agri-chemicals were being used on a small scale in the early 1900s, the idea of using chemicals in agriculture really took off after WWII.

During the war, chemicals were developed to kill people by attacking their nervous systems: That’s why their called “nerve gas”.

When WWII ended, chemical manufacturers had huge production facilities, with no one to sell to. Scientists realized that these same chemicals could kill bugs, weeds, fungi, and microbes in much the same fashion.

Profits had a higher priority to them than people’s health. So, they re-purposed their products beyond chemical warfare, turning to the agriculture industry for sales.

These chemicals put an unnecessary burden on our detoxification systems.

[Tweet “”Eating organic has more to do with what’s not in my food, than what’s in it.” David Sandstrom”]

What Exactly is USDA Organic?

In 2002 the FDA passed the National Organic Program. Prior to this standard, food suppliers could call anything they wanted organic. Organic meant it was grown in the ground, and that’s all.

In order to label food organic, it must be: 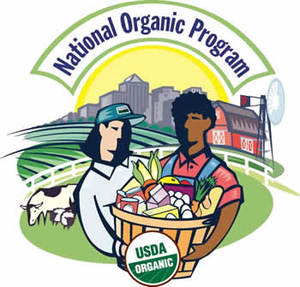 In the case of livestock:

In my opinion, this was a huge step in the right direction. Now, the USDA organic label means something. In addition, there are steep fines for mis-labeling, or unethical substitutions.

Eat Organic Without Busting the Budget

Okay, so you take a trip to your local Whole “Paycheck”, and discover that filling the cart up with organic food blows your budget out of the water. The following are suggestions that may help: